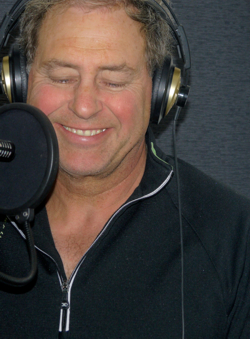 David Legge is one of the most versatile voices in the Australian voiceover industry.

Since the mid-eighties, he has been providing a myriad of voices for any, and every form of voice recording imaginable.

If it’s not on his demo, just ask.

It all started from a very unusual source.

Back in the day, David played a few seasons of football with the St. Kilda Football club. A grand total of 3 senior games (it’s a very short highlights reel) and about 50 games in the AFL reserves for the Saints too.

It was there that he realized he could impersonate quite a few characters, while trying to make his footy mates laugh.

Every time there was a player function, David would be pushed up in front of the crowd to entertain. He says it extended his time at the Saints by about 2 seasons!

A supporter who was in advertising, advised him to get a demo together and jump into the voiceover business and since the mid 80’s he’s been one of the most prolific voice over talents in Australia.Creating voices for ad campaigns or getting the right voice sound for a corporate presentation is something he never tires at doing. He recalls one time when his kids asked him what he did today he said “well, this morning I was a tomato, then this afternoon I was a car tyre,  then I was an engineer discussing oil pump options on an off shore oil rig! "

Some of the campaigns David has worked on include Coles, Toyota, Target, Hewlett Packard, BP, National Bank, Funtastic Toys, just to name a few.

His easygoing nature makes him easy to direct, and he has a home studio, which produces a quality sound.

David has hundreds of vocal style and character voices. Click below to hear samples. 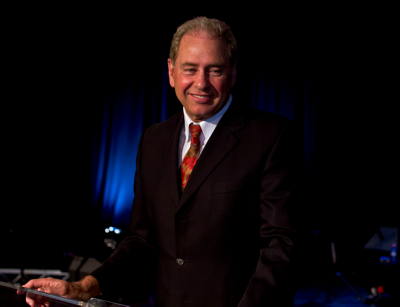 Besides his vast voiceover work and on screen appearances, David has become a much sought after compere and Master of Ceremonies for corporate events over the years.

He has conducted national conferences for BP, Telstra, 7-11, Dulux and Hewlett Packard, just to name a few.

Between 2007 and 2009, David was the St. Kilda Football Club on ground MC, prior to all home matches, with a regular live audience of around 40,000 people.

He also MC’d the launch of the Transurban City Link project.

He says “people need to be assured that on the night or the day of a major event, someone has their finger on the pulse of the run sheet, and the program for that particular event.”

View the Testimonials page, and be assured that the compering of any corporate event is in safe hands, if he’s at the helm. 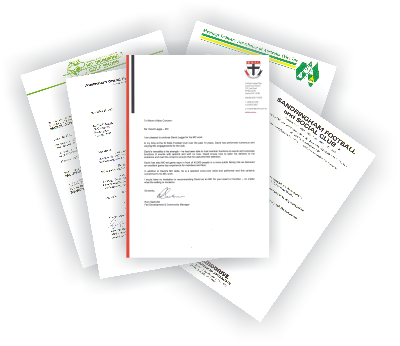 David has also MC-ed game days in front of 40,000 people in a more public-facing role as delivered an excellent game day experience for members and fans.

I would have no hesitation in recommending David as an MC for your event or function - no matter what the setting or occasion" - St. Kilda Football Club

"David, just a brief note to formally thank you for your excellent hosting of the launch... the feedback about you as the MC in particular has been overwhelming positive" - Australian Grand Prix Corporation

"David, thank you for the excellent job you did as Master of Ceremonies at our 75th Anniversary & Hall of Fame Dinner. Your light-hearted and entertaining manner ensure that people enjoyed the formalities" - Sandringham Football and Social Club

"The evening was a huge success and our members and guests have given the evening rave reviews. Your high quality and professional service is greatly appreciated and acknowledged" - Meetings Industry Association of Australia (Vic)